When will virtual reality win an Oscar? 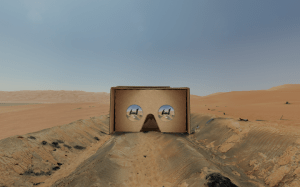 The Oscars tipped its hat to technological development in 2016 when it awarded Ex Machina the golden statue for Best Visual Effects.

The film’s charm rests on robot Ava, who seduces Caleb, played by Domhnall Gleeson, and the audience with her anthropomorphic charm. The VFX that replaced Alicia Vikander’s, who played Ava, body parts into a mesh of wires and metal helped the film beat tough competition from blockbuster hits Star Wars: The Force Awakens, The Martian and The Revenant.

“Every year the artists and the cinematographers push forward the boundaries of what seems possible,” said Simon Robinson, chief scientist at the Foundry, which makes software that was used in the post-production of all the films nominated in the VFX category this year. “Every year the output is slightly better than the previous year.”