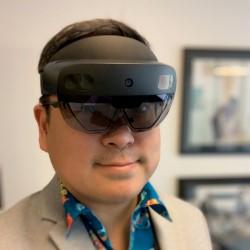 One of the benefits of the upcoming International Future Computing Summit is it attracts members of the investment community to help entrepreneurs and innovators get ready for what’s next in future computing.

As a General Partner in The Venture Reality Fund, Tipatat Chennavasin invests in early stage VR, AR, and AI companies. He has established himself as a VR/AR industry spokesperson and thought leader, and has contributed to many publications and presented at various industry events worldwide.  Tipatat is also an adviser for many immersive technology companies as well as a mentor for VR/AR incubators and accelerators around the world. He has looked at over 5,000 companies in the space and has invested in 34, including the makers of hit games like Beat Saber, Rec Room, and Job Simulator.