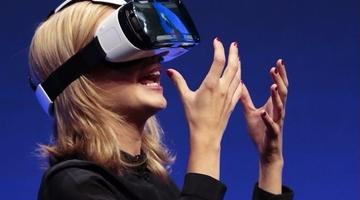 Gamesindustry.biz has revealed a very exciting study for the VR industry at large. Based on an estimated 180.5 million respondents aged 11-64 who were jointly surveyed by IPSOS and GameTrack, 44% have a demonstrated interest in VR technology – gamers in particular.

The core question asked was:

“New ‘virtual reality’ technology will soon be available, allowing you to experience more immersive entertainment at home. Wearing a special headset linked to devices such as computers or games consoles, you will be able to move around within virtual three dimensional environments and see and hear as if you were actually there. This could include playing video games, as well as interacting with other content (such as films or simulated environments).

Assuming the price was acceptable to you, how interested would you be in having this type of ‘virtual reality’ technology at home?”

While this is just over a third of the sample, the enthusiasm for VR rises to 44% when focused on the gamers alone.  The survey was limited to Spain, the UK, Germany, and France.