We gave up one, and got three more in return.  It turns out AWE Company is launching their Fort York project the same week as Immersed Europe, so everyone will just have to benefit from their valuable insights at Immersed 2015 taking place this coming October 4-6 at the Ontario Science Centre in Toronto.  Tickets for Immersed 2015 are on sale, by the way!

No problem!  Immersed Europe attendees have even more to look forward to with three new speakers. 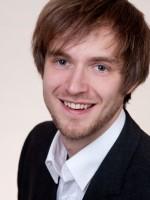 While his day job isn’t directly connected to VR, Dominic Eskofier is the Marketing & PR Coordinator for Rockstar Games.  However, he is better known as the Co-founder and moderator for http://www.reddit.com/r/oculus, easily one of the biggest immersive tech communities in the world.  He is also the Founder for the Virtual Reality Germany Meetup and Co-Organizer of Virtual Reality Europe 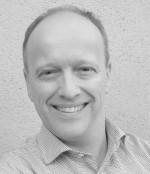 Paul Gailey Alburquerque is the Marketing Director Droiders, a European mobile development agency with Android origins and among the first worldwide invited to become a Google Glass Pioneer agency.  They are very well known in the augmented reality surgical field and are still active with the Glass for Work program via their Streye suite.  They most recently led their team on 360º sports VR content for a major global football brand.  How cool is that?!? 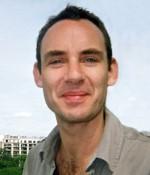 Last but not least is Matthew McGinity, Founder of a new VR studio called 2666.  Matthew has been creating immersive systems and applications in academic, industrial and artistic contexts for almost two decades, from prototyping VR simulations for astronauts at the European Space Agency to heading the computer science team at the iCinema Centre for Interactive Cinema Research at UNSW Sydney.  He’s all about “presence”, and will have much to share in Murcia, Spain!

All we can say is Immersed Europe is getting cooler and cooler the closer we get to the show.  From hanging off airplanes like Tom Cruise to hearing a keynote from Sony and other valued speakers like Epic Games, Crytek, nDreams, IM360, InMediaStudio, ImmersiON-VRelia, and countless more.  This is history – be part of it.  Use discount code “MTBSimmersedeurope” to save 100 Euros on registration.