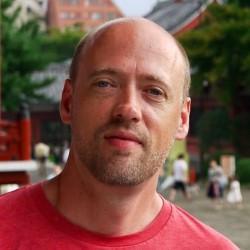 Clearly one of the early adopters of cloud streaming technology that everyone is exciting about is gaming, and the upcoming International Future Computing Summit running November 5-6 at the Computer History Museum in Mountain View, California is attracting market leaders in that space too.

Nick Thomas is the Vice-President of Commercial Partnerships for Hatch Entertainment, a spin-off company from Rovio (yes, THAT Rovio) that provides game streaming services with a strong focus on 5G and similar broadband technologies. Nick is a video game industry veteran with over 15 years of executive experience.

Prior to leading commercial partnerships, Nick operated as the VP of Content Publishing and led developer and publisher relationships for Hatch. His career in gaming began in 2003 as the founder and CEO of Somatone Interactive, one of the most well recognized and respected creative service providers in games and is credited on hundreds of titles. Subsequently Nick served as the Head of Gaming for Immersion Corporation, the leading IP holder of Haptic technology, licensing haptic solutions to hardware OEMs, and haptic technology to content developers to integrate haptic effects into game experiences.

Hatch has launched in Europe, Japan and Korea with major partners including Docomo and Samsung, and is now available in the United States in partnership with Sprint.