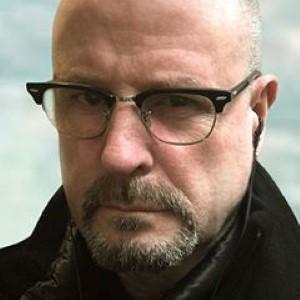 Very excited to welcome Frank Vitz to the Immersed 2017 speakers list!  Over the course of decades, Frank has held esteemed titles like Vice-President of Production at Robert Abel and Associates, Creative Director for the Frostbite Development team at DICE, Creative Director at Crytek, and most recently Creative Director of the Immersive Technology Team at Advanced Micro Devices (AMD).

Mr. Vitz has been creating computer graphics, animation and visual effects since the early 1980’s and has esteemed credits on such films as Tron, Judge Dredd, X-Men One and Two, Stargate, and more. He has also worked in the location based entertainment business where he designed the visual effects for “The Adventures of Spider-Man” in Orlando, and “In Search of the Obelisk” for the Luxor Hotel in Las Vegas. Just one of the developments he is famous for is inventing the transformation effects used for the Mystique character in the X-Men movies.

During his tenure at Electronic Arts and DICE, Frank’s work on the Frostbite Engine resulted in games like Battlefield, Mirror’s Edge, Plants Vs. Zombies, Mass Effect, Star Wars and more. While at Crytek, Mr. Vitz and his team’s work provided the pipeline and tools that Crytek used to create popular VR launch titles including “The Climb” on Oculus Rift, and “Robinson the Journey” on PSVR. Frank also co-directed “VRScore – Sky Harbor,” the VR benchmark produced in collaboration with Basemark.

Today frank is at AMD where he is leading a new team dedicated to integrating support for advanced AMD GPU features into real time engines including Unreal, Unity, Lumberyard and CRYENGINE. This effort includes driving all the latest AMD advances such as Liquid VR, MGPU, Asynchronous Compute, Multi Res and Foveated rendering, and a lot more. He will also be leading a new team to showcase these modifications and enhancements in examples and real time demos.

See you at Immersed!