When Objectives Should be Achieved

While the respondents deemed the objectives as important, we also needed an indication of time or urgency. Was this something that had to get started next week, or was this a fanciful vision that respondents could put off for over five years from now? 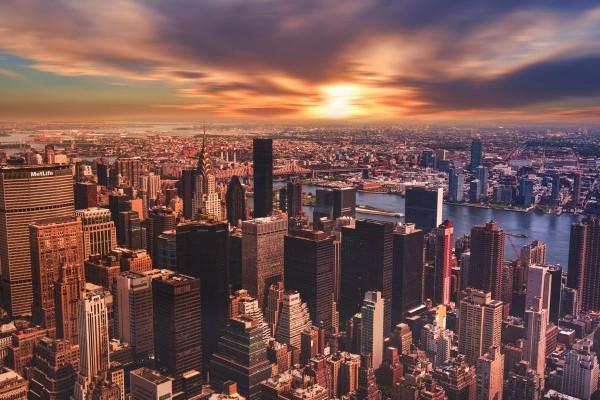 “A write-once reach-many client device ecosystem” refers to the ability for application and content creators to create once, and have their application automatically work on all devices according to ability and ergonomics. 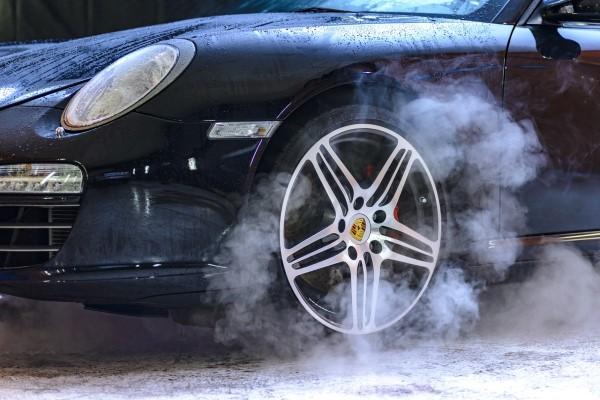 “Localized client devices enhanced beyond their processing abilities by cloud computing” refers to cloud gaming, application streaming, and collaborative compute between client, cloud and everything in-between. 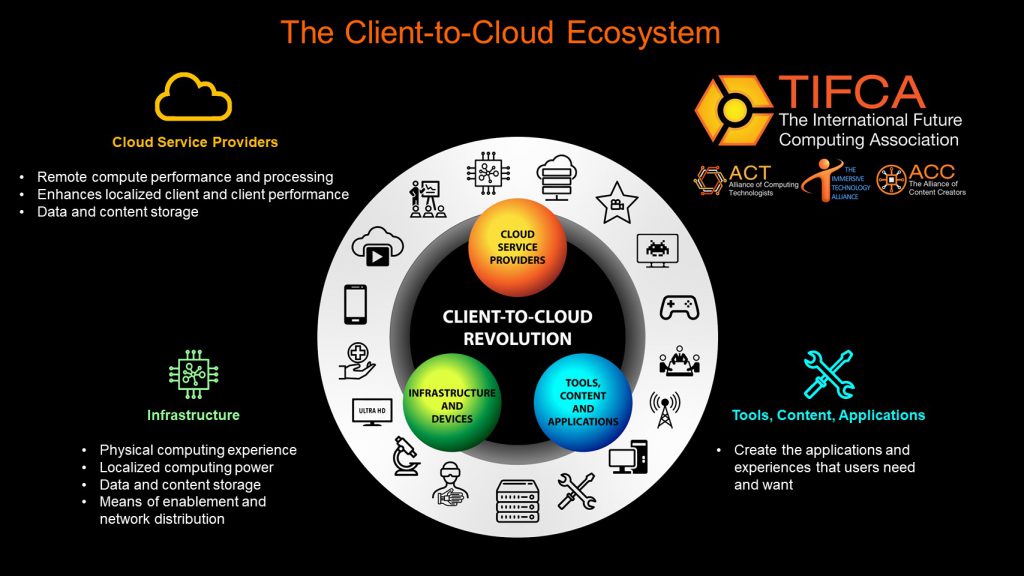 “A fully realized client:cloud ecosystem” refers to the full vision put forth in TIFCA’s vision document. 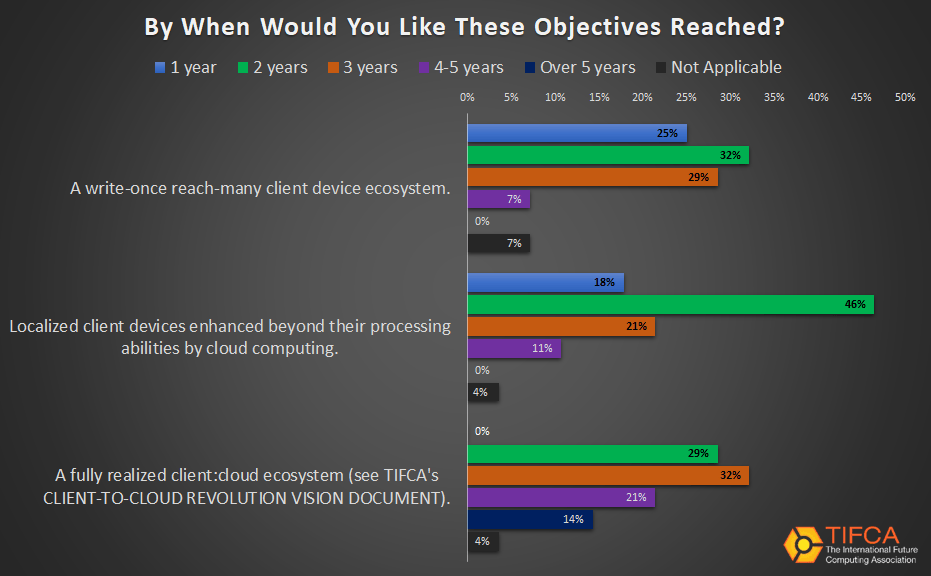 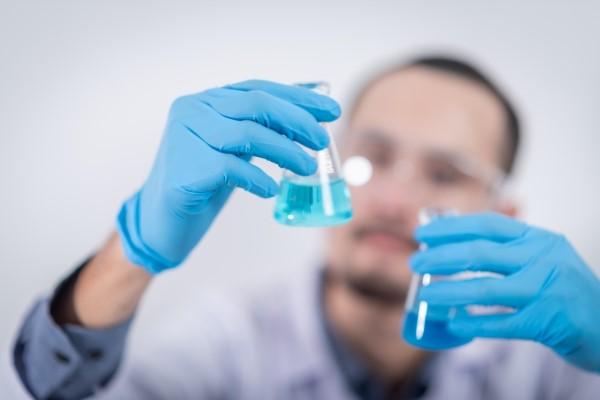 While the majority agree with the importance of the objectives, the requested achievement time frame was almost equally divided between the periods of one year, two years, and three years. The exception was the “localized client devices enhanced beyond their processing abilities by cloud computing” option which had nearly half of respondents expecting a two-year time frame.

We interpreted “not applicable” and windows of five years or greater as being limited to no interest.  Just 4% to 14% of the sample were in this low interest category.

Even though it’s unclear if respondents know how long objectives can actually take, it’s a very positive indicator that over 80% want to see all objectives met within a three to five year period or less. 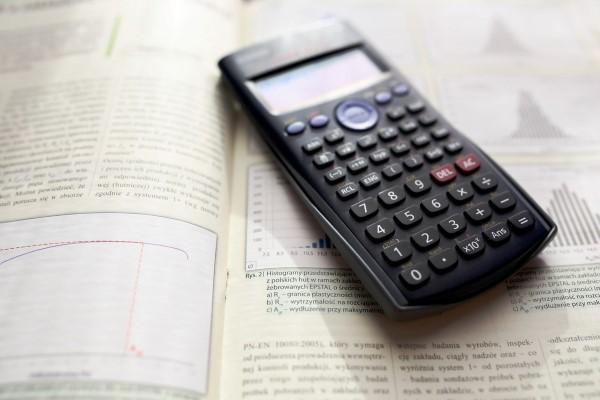