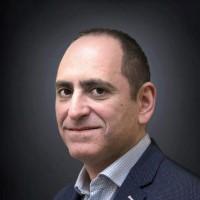 Immersed takes esports up a notch with Alex Igelman, Executive Chairman and Founder of Millennial Esports Corp.  With over twenty-five years of experience in technology, entertainment and casino gaming, Igelman was the first lawyer to focus on Internet gaming and was instrumental in the early success of PartyGaming and PokerStars.

In 2004, he was involved in the creation of Gaming VC that has become a giant in the space. Igelman has most recently been focused on the Esports sector and was recruited to be a strategic consultant to Pro Gaming League (PGL), the first Esports related company that was later acquired by Millennial Esports Corp. In 2016, Millennial Esports was debuted on the TSX-V under the symbol GAME with Igelman as CEO. Igelman has successfully grown the company and has focused on raising over $27,000,000 and counting.

All this, and he owns a downtown Las Vegas arena! How cool is that?

Only at Immersed will delegates, exhibitors, and media get this well rounded access to 30+ international future computing leaders. Entertainment, education, healthcare, manufacturing, and business are addressed November 8-9, 2018 in Toronto, Canada. Register at http://www.getimmersed.com while space is available.